CD Review: Danny Michel With The Garifuna Collective's 'Black Birds Are Dancing Over Me' 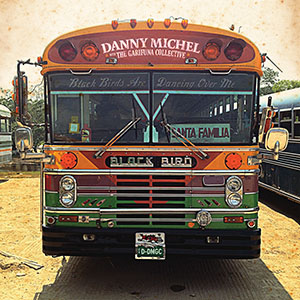 Canada's Danny Michel joins The Garifuna Collective to bring a funky, blues, and rock infused mix of music to the Belize-born collective. The rhythmic percussion, sparkling guitars, and swaying vocals weave around a Caribbean-inspired and California-like pop-rock idiom to form a sensational product of musical creativity. Something that is rather unusual is the fact the songs are mainly in English. Thankfully, Folks like Danny Michel, the Lebeha Drumming Center, and Jacob Edgar at Cumbancha want to preserve the magical sounds of Belize's best kept musical secret that can now be found in performances and airwaves around the world. Black Birds Are Dancing Over Me is an album with ten songs that seem to touch on folk/pop and blues music with some world fusion thrown in for good measure. Fans of a little blues, folk, and world fusion with good beats and catchy melodies will love the latest release from Cumbancha. ~ Matthew Forss
Posted by Matthew Forss at 1:57 PM