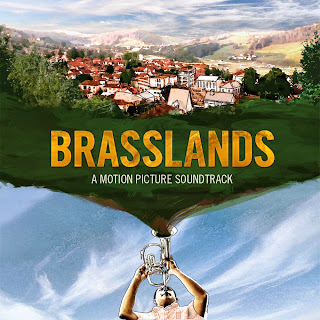 Balkan Gypsy, klezmer, and jazz music is represented here with a dozen tracks by some of the world's best-loved and least-known brass bands on Brasslands..., which is a film of the same name. You will hear the instrumental prowess of Slavic Soul Party!, Demiran Cerimovic Orchestra, Zlatne Uste, Raya Brass Band, Veveritse Brass Band, and others. The album centers around a Serbian village festival in Guca, where one of the world's largest brass band competition is held. Most of the bands profiled on this recording are from Serbia with a Romani heritage, but Zlatne Uste is from The United States. However, this soundtrack features music and musicians from western and southern Serbia where different ethnic communities compose different styles of brass band music. At any rate, the music is upbeat, instrumental, and distinctly Balkan. ~ Matthew Forss
Posted by Matthew Forss at 5:49 PM