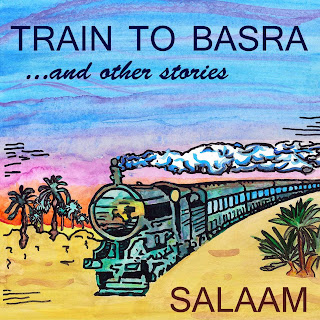 With ties to American blues and Iraqi folk music, you know this is going to be a good one. Salaam is spearheaded by musician, lyricist, violinist, viola player, oud player, joza player, Dena El Saffar. She is backed by a splendid array of musicians, including Tim Moore on dumbek, tupan, and riqq; Amir El Saffar on trumpet; Lety El Naggar on ney and sax; Stephen Harms on bass; Sam Finley on guitars; Svetla Vladeva on accordion; and a few others. The result is a richly-textured work that includes Central Asian, Middle Eastern, and North African roots. There are even liner notes describing the song background. Vocals are not present on this album, but the instrumental arrangements intermingle and literally speak volumes. Twelve moving tracks round out the album. Fans of Iraqi music, instrumental Arabic music, Middle Eastern music, and percussion music will find it deeply satisfying. ~ Matthew Forss
Posted by Matthew Forss at 3:13 PM