CD Review: The Funk Ark - From The Rooftops 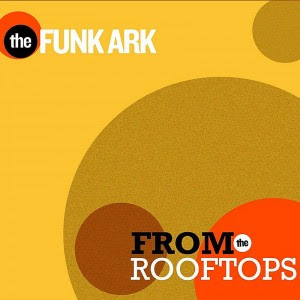 The Funk Ark
From The Rooftops
ESL Music


The Washington, D.C.-based funk group creates groove-ladened, tracks inspired by the Latin and African dance scenes of the 1960's and 70's. The mostly instrumental treats are funkier than ever. The brainchild behind The Funk Ark is songwriter and keyboardist, Will Rast. Vocalist Asheru and Sitali lend their vocals to 'Funky DC'. The majority of the tracks are rooted in Afrobeat and Latinbeat music with little rest from the danceable rhythms and melodies. In fact, the music is brimming with life and energy. Interestingly, Noah's Ark wouldn't be large enough to contain the immense amount of funky happenings. From The Rooftops is a top-notch recording of beat music with funky swagger and soul that is as unforgettable as it is unique. Fans of funk, Afrobeat, dance, and classic Latin and Afro sounds of the 1960's and 70's will find The Funk Ark an especially rewarding surprise. ~ Matthew Forss
Posted by Matthew Forss at 11:21 AM