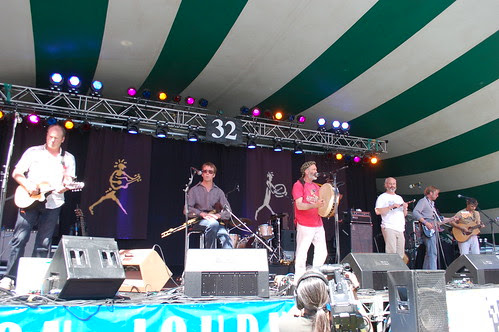 Kila is a band that has been making waves in Ireland for years with its mix of traditional Irish music with world fusion. Featured on the Saturday afternoon main stage at the Edmonton Folk Music Festival, I did not know what to expect as the band was completely new to me, and to others with whom I spoke.

From the hypnotizing beat of the bodhran to the melodies of the pipes, Kila performed a very unique set. There was a lot of energy in the music. All of these guys are accomplished musicians in their own rights, as well as several of the being published authors and poets.

I have a strong feeling that it is in their live performances where Kila really shines. They are very visual and the music lends itself very well to a festival atmosphere. ~Paula E. Kirman