CD Review: Muntu Valdo's 'The One & The Many' 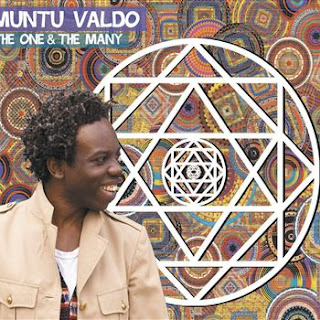 Muntu Valdo
The One & The Many
Warner Jazz

The soft and sweet voice of Muntu Valdo matches his tender guitar playing and heavenly harmonica sounds. The Cameroonian is a U.K. resident that has quickly gained popularity and success. Muntu sings in a Cameroonian language throughout the album; except for English on parts of 'No Mercy'. Luckily, English translations are contained in the liner notes. Muntu's guitar playing is slightly more tropical than Mauritania's Daby Toure or Guinea-Bissau's Bidinte. Nevertheless, Muntu's achingly beautiful voice sets the tone for the album without veering off into uncharted territory or meaningless melodies. The ten tracks reflect a nice range of melodies, rhythms, and tones with definite hints to Cameroon. Moreover, the U.K. presence is relatively subdued. Still, The One & The Many is a magnificent recording that deserves considerable airplay on a global scale. For fans of African folk, contemporary folk, and Cameroonian guitar, Muntu Valdo is a required listen. ~ Matthew Forss
Posted by Matthew Forss at 12:41 PM